Before even noticing the title, the reflection and repetition in the composition of this photograph drew me in. The logging industry that once drove Wisconsin’s economy declined in the 20th century. The timber pilings in this photograph are simultaneously architectural relics from days gone by and structures supporting new life. The sepia tone Fetter chose for the image adds to its nostalgic pull. Sepia also softens the image, as well as the harsh reality that change is inevitable. 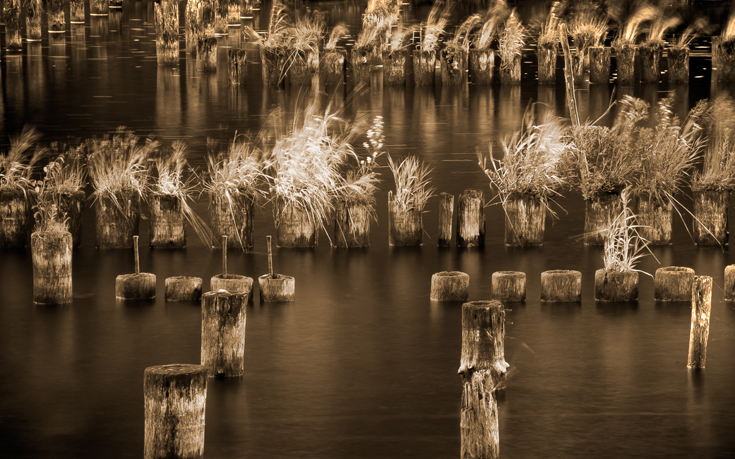 The history of Northern Wisconsin is fascinating and any hint of days gone by is a treasure. In homage to earlier times, I created this image of the old logging relics at Rest Lake Dam as a sepia (aged brown) toned print. While no longer used for logging, these posts make fine planters for north woods flora. 12001

All artwork displayed in this gallery is the exclusive property of the artist and may not be copied or reproduced in any form.